This was one of the coolest shoots I have ever done! I had the idea in my head for these photos for a long time. I just needed a model to have the "look" I was interested in... and to obtain a bunch of weapons! It's not every day you ask a stranger to bring swords, nunchucks, etc to your garage studio. :) 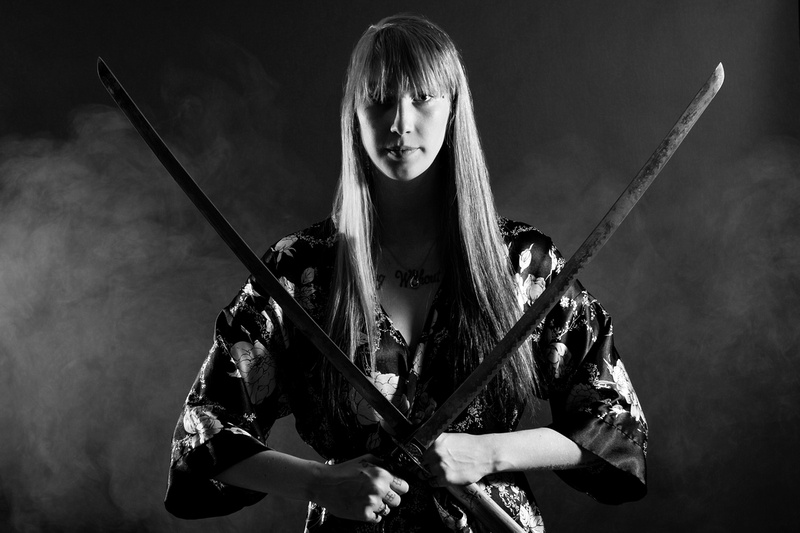 For the shoot, I used a large black background. Two lights: 580EXII to the right of the model through a softbox and a 430EXII through an umbrella to the left and behind model, but I took the umbrella off for some shots. And a fog machine (yay! never used one before!) - which was to the right of the model and aimed between her and the background. The robe she is wearing is something I picked up at a thrift store years ago and thought it might work. And it did!

I took the following set-up photo before we got it just right so things were slightly adjusted for different shots. 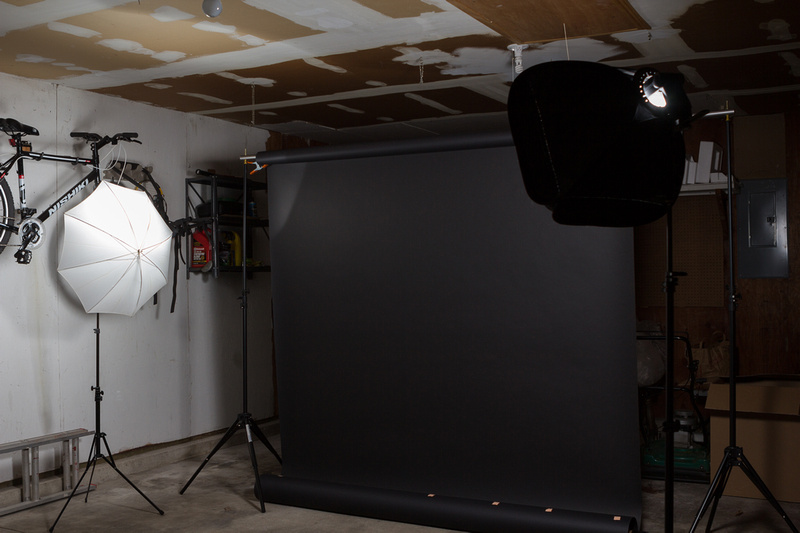 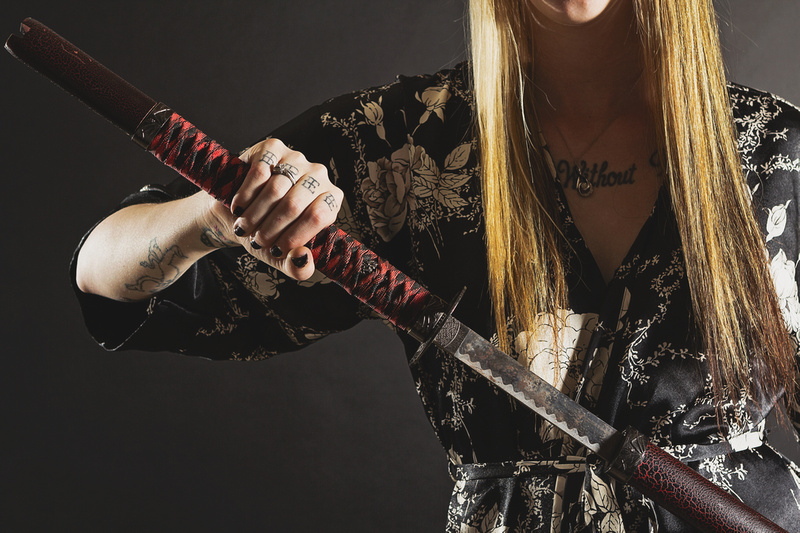 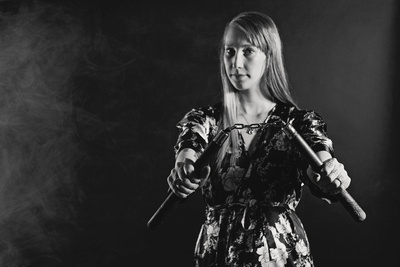 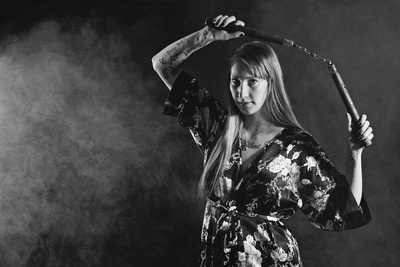 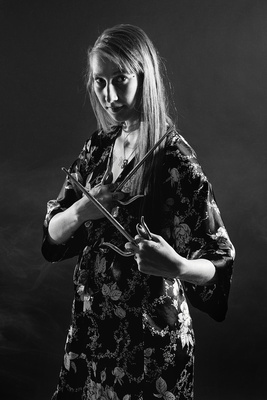 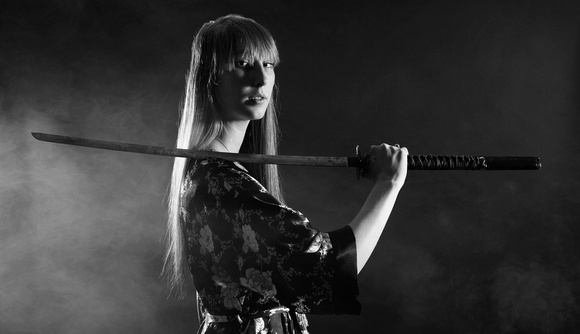 Afterwards, we took some other different-style photos for fun. 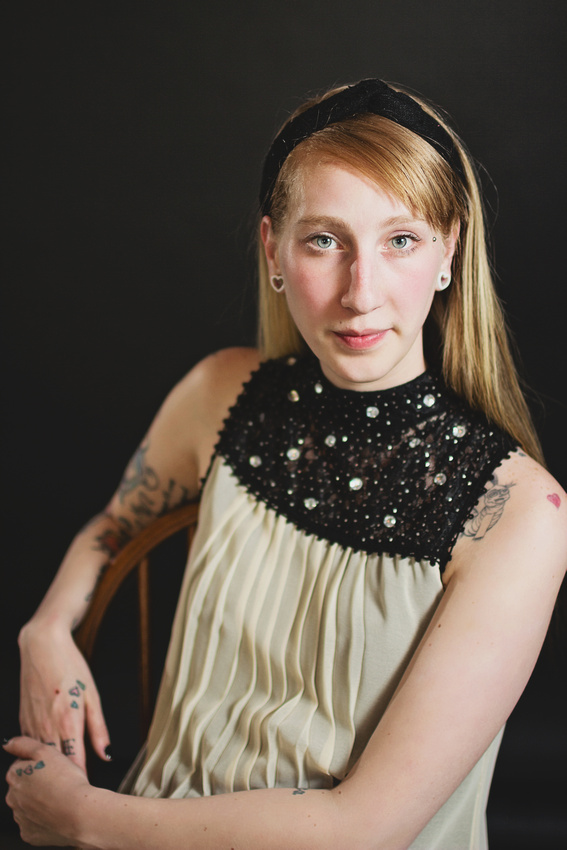 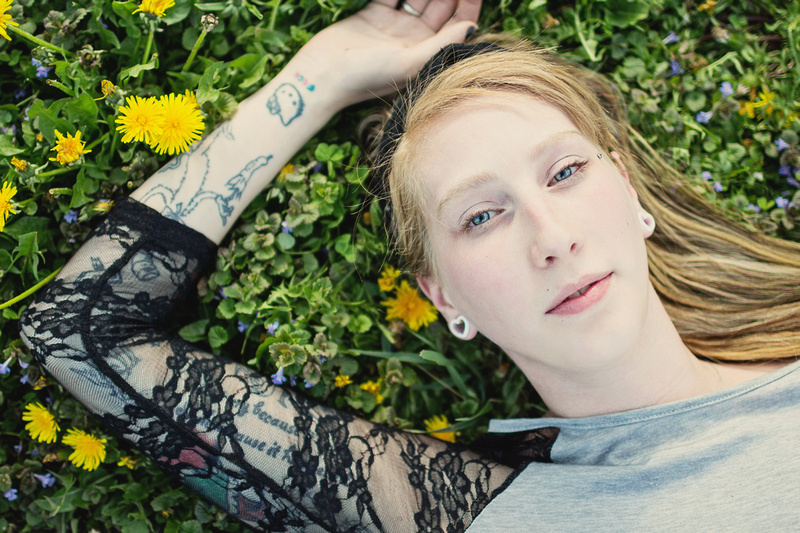 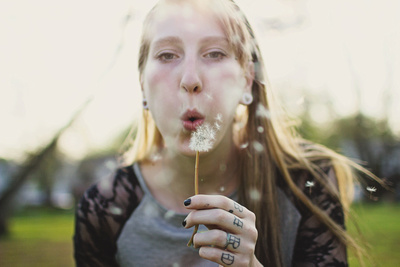 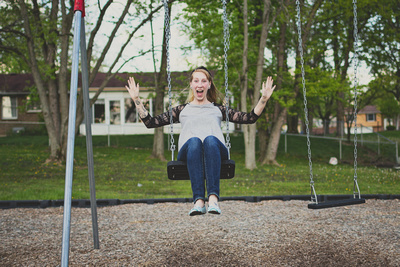