I have recently received a new toy! A flip flash bracket + softbox.

Flash brackets are used to reduce the effect of red-eye and create more natural shadows. Normally, I try to bounce my flash off ceilings or walls (if they are white!) but quite often events are held in banquet halls where there is nothing close enough to bounce off of. 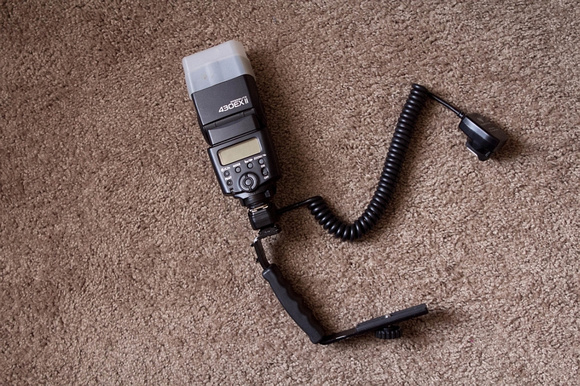 It consists of a small L-shaped flash bracket, cable, and an omni-bounce diffuser on the flash head. The bracket has a nice enough grip, but doesn't provide very much height. The diffuser does very little, in my opinion, but is better than nothing and was only about $3. For photo example of this setup, see #5 below. 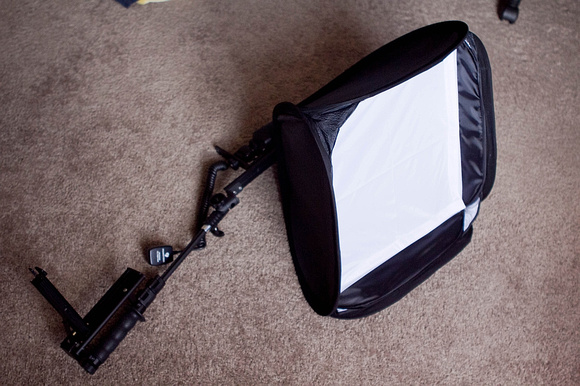 Talk about a big upgrade, eh? It includes the ALZO flip flash bracket softbox kit. Aside from the fact that it's so heavy that I'm sure I'll never need to lift weights again, it does pretty good! For photo example, see #6 below.

My darling husband allowed me to use him to compare some of the different ways we can use flash and diffusers. 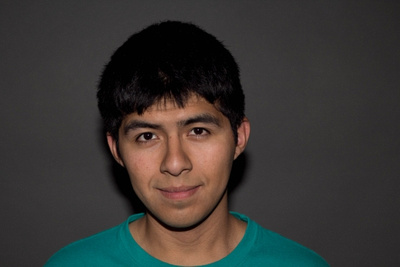 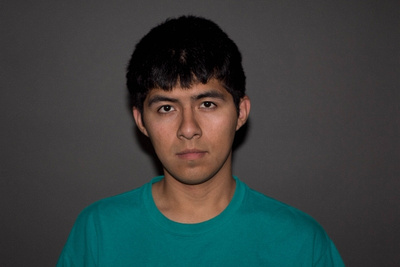 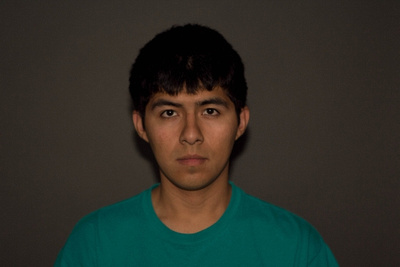 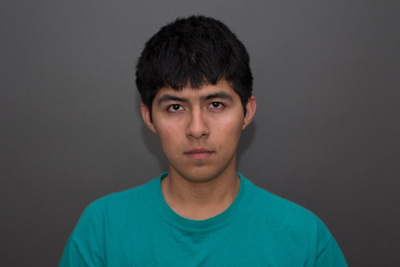 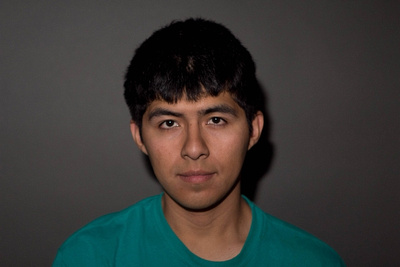 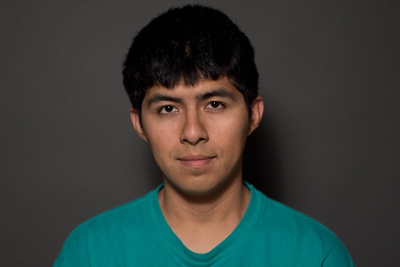 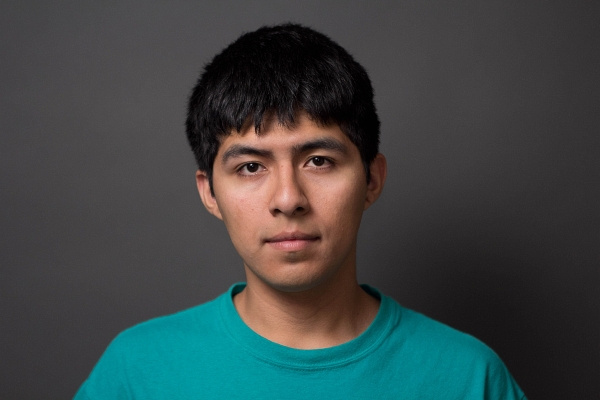 So here we are. Seven portraits, each with different lighting. And sorry, Julian, that some of these look like mugshots. lol All of these were shot on Auto. No need to be artistic. Just showing you something. No editing except tweaking the exposure on some of these in Lightroom.

Please note that you should try to place your subject much further away from the background if possible. Julian is close just so you can see the differences between lighting techniques.

1. The pop-up flash that comes with your camera. Flat-looking, a bit of red-eye, and harsh shadows. Not flattering on anybody.

2. My flash unit: 430EX II. On camera without any diffusers. Ever so slightly better quality than #1, but hardly.

3. Same flash unit, but with an omni-bounce diffuser on. It looks... yellow? Hm. Easy enough to fix in Lightroom, but I just want to show you what happened without editing. Aside from that, hardly a change from #2.

4. Same flash unit, bounced off of the white ceiling. Brighter, which I like. Shadows are not as dark, but still have a harsh outline. Much more natural looking since the light is coming from above. Another benefit of a bounced flash is that it can light up a small room so if it's very dark, your subject won't like so bright with a nearly black background.

5. When there is no ceiling or wall available, I use my flash unit on a flash bracket. Compare to #2. Shadow has moved a bit, which is a bit more natural looking, though still not "there" yet.

6. Check it out!! My new toy in action. The bracket extends much higher than in #5. Then the softbox creates a much softer shadow. WAY better!

7. Of course... off-camera flash is best. This one was shot with the same flash, but shot through an umbrella on a light stand, camera left. Triggered with my Canon 60D's pop-up flash.


What have we learned here today, kids? If you are using on-camera flash: bounce when you can, bracket when you can't. If you do lots of events, investing in a softbox is not a bad idea. You could even get a small softbox to place directly on the head of the flash rather than on a bracket if you want to ditch the bracket. If you can get your flash off the camera though, DO IT.


Edit: After using the ALZO flip flash bracket softbox kit a few times, gotta say that I feel really silly carrying that huge thing around. The bracket without the softbox needs the ability to tilt as it does with the softbox. The softbox though... is awesome. Great quality. I actually use it on a lightstand instead of an umbrella at times.